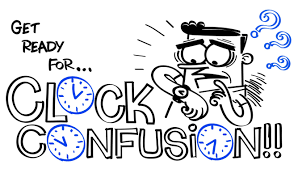 This practice was originally known as Daily Saving Time (DST) and was invented by American Benjamin Franklin – he first came up with the idea whilst in Paris in 1784, although at that time it didn’t involve physically changing the clocks. In a letter to the editor of the Journal of Paris, which was entitled “An Economical Project for Diminishing the Cost of Light”, Franklin simply suggested that Parisians could economise candle usage by getting out of bed earlier in the morning; what’s more, he apparently only meant it as a joke!

The first Daylight Saving Bill was drafted in 1909, but despite being presented to Parliament several times it was opposed by many and so the bill was never made into law. The UK did start using DST in May 1916, and so for many years now it has been the practice to change our clocks twice a year; however, there are now calls for the end of Daylight Savings, particularly in Europe, so it could soon become a thing of the past (although how it would affect the UK does depend on how Brexit goes of course….).

We are extremely busy here at Simple Storage, and so we, like many other small businesses, have to make the most of our time and use it wisely. If you think you could improve the effectiveness of your business and make it more profitable, either by having an organised storage unit for your stock, or a furnished office space for the day-to-day running of the admin side of things (or both!), then please don’t hesitate to get in touch. You can call us on 01706 716000 or email us at info@simplestorage.co (and we are just .co!), and one of our friendly team will be happy to help you.