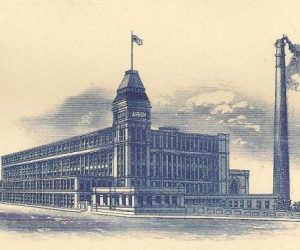 Did you know that Arrow Mill was one of the last working cotton mills in Rochdale? There is an enormous amount of history within the walls of this building – the bygone age of cotton spinning may be confined to the annals of history, but the impressive size and layout of this site still generate feelings of nostalgia, and there are still clues to the past wherever you turn. If you listen carefully on a quiet day you can almost hear the roar of the old machinery and the voices of the people who have worked here over the last century.

Due to the boom of the Industrial Revolution, Rochdale rose to prominence in the nineteenth century as a major mill town and in particular, a centre for textile manufacture. The industry continued to expand rapidly and at the beginning of the twentieth century a spate of newer and larger mills were built – Arrow Mill amongst them.

Originally containing five acres of floor space, Arrow Mill was a fine example of the speed of mill building at the time. The contract to build was signed in late 1906, the first brick was then laid in January 1907 and the engine first ran under steam in February 1908 – the first cotton was spun just fifteen months after the first brick was laid.

Arrow Mill continued to thrive was used as a base for this industry right up until 1999, when Martin Yaffe International Ltd moved in – this was the first time that the building had been used for anything other than the cotton/textile industry – Martin Yaffe imported and distributed licensed toys and houseware products (the latter up until September 2009); they ceased trading in July 2010.

So we (Arrow Mill Management Ltd – T/A Simple Storage) are just the latest in a long line of custodians of Arrow Mill, and with our help (and that of those that will come after us), hopefully this amazing building will stand for at least another 100 years.

Learn More information about the history of Arrow Mill 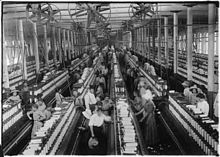