We Love Self Storage 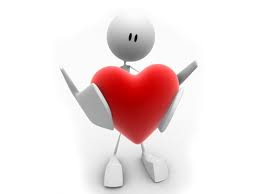 Speaking of love, let’s ask ourselves the question – are we now a nation of self storage lovers? Here at Simple Storage in Rochdale we receive a lot of interest in our units and we provide safe and secure cost effective self storage for all our customers. Lots of businesses and local people have utilised our self storage services over the last few years and demand does seem to be growing, this is highlighted by the opening of other self storage companies in the Manchester and the north west area, for example Storefirst opened here in Rochdale three years ago and since this time we have become even busier. However, the big players such as Safestore in Oldham and Big Yellow Self Storage in Manchester were here before us and have stores nationwide. This increasing number of storage companies within the UK clearly highlights the demand for self storage.

Across the Atlantic in America self storage has grown into big business. The first modern self storage facilities opened over in America in the 1960s, but by the end of the 1990s there seemed to be almost limitless demand for storage around the country, in fact across America, from 2000 to 2005, upward of 3,000 self storage facilities went up every year. Originally storage units were meant to temporarily absorb the possessions of those in transition: moving, marrying or divorcing, or dealing with the death in the family. By the end of the twentieth century demand soared with peaking divorces and a rush of second and third home buying [source The New York Times 02/09/2009].

We ask ourselves has the popularity in America now influenced the UK? Aside from the growing number of Big Yellow, Safestore and more locally Storefirst self storage companies is there anyone out there who has not heard of the television show Storage Wars ? The reality television series also comes from America and was first shown in 2010. Alternatively regular cinema goers or film buffs may recall the horror film Storage 24 back in 2012, the plot focused on a group of people trapped inside a storage facility with an ‘unwelcome guest’.

Historically the housing market is thought to be a strong driving force for self storage businesses. According to Big Yellow’s 2010 Annual Report, almost 60% of their customers were people storing goods while moving house. However, with the downturn in the housing market, surely this should affect growth in the self storage industry? This has certainly not been the case for example Big Yellow Self Storage actually made more money from storage related activities in the fourth quarter of 2010 than it had the year before, while Safestore’s revenue grew by 5.7% in the year as a whole. The biggest reason that the downturn in the property market has not seriously affected self storage in the UK overall is because the property market in London has done much better than the rest of the country [source Storage.co.uk 29/03/2011].

So if London is booming then why are we seeing continued growth in the remainder of the UK and in particular closer to home in areas such as Manchester and Rochdale? Seeing a busy Storefirst just up the road from Simple Storage has certainly put the significance of self storage in Rochdale on the map. Other reasons for the increase in demand for self storage are because people are renovating their homes instead of selling them (facilitated by discounted building supplies) and also because the price of self storage is actually falling to help retain or attract customers. Here at Simple Storage we currently offer discounts of up to 25% off self storage when units are rented for four weeks or more.

As providers of self storage solutions we have to say ‘yes’ we do love self storage but whether you are indifferent to this facility or in desperate need of it, one thing is definitely certain: self storage is here to stay.